In our last article…TBL clued readers that some surviving strains are indeed rare. Whether from impatience, fashion or ignorance, peculiar lines wilt, decline but shall resurrect and decline once more. From the ‘old-gold’ within ancestry, it appears within  few individuals to the present day.

There is a particular old female line which plainly haunts. In a nutshell, it was highly formative to the evolvement of thoroughbreds, although of those times, considered ugly mares ‘unfit’ for purpose yet they a tough, constitutional breeder-type in its day. This is the female family 24.

It kinda goes real interesting when we drop a racing name like Frankel, where his 7th maternal dam has Sir Cosmos (IRE) (see below)

& remember, Tulloch – a New Zealand and Australian Racing Hall of Fame inductee. Tap-root female family 24 tracing through to Touchstone, and to the in-breeding of same line. 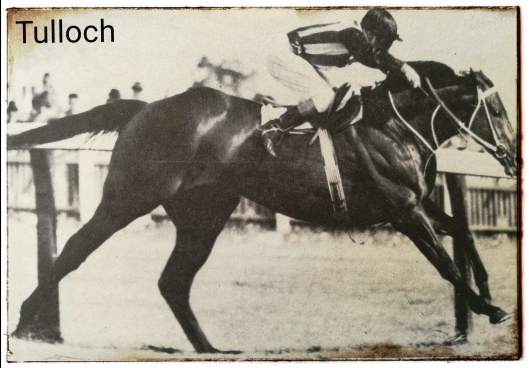 “an equine genetic freak, a smallish specimen with muscular, rounded quarters an a driving will” – Ross du Bourg

(of female family 24) …..”earned imperishable fame as the sires respectively of Touchstone and Stockwell”

Stockwell (by The Baron (IRE), female family 24 from Pocahontas (3-n) !!! Stockwell, The Emperor of Stallions

Now you just might start jumping up and down confused, that a little speck of DNA dust can’t make the pedigree absolute.

As the lines have ‘expanded’, the dominant breeding re-develops to reverse back on to itself, and conceivably demonstrates we may thoughtfully identify the true breed-shapers themselves.

It always makes me ponder if this is what the legendary Federico Tesio realized, enabling him to achieve his exceptional success.

Tesio’s co-contribution to the Bobinski tables

There is no doubt in my mind, that the ‘heat’ wave in a genetic template pedigree is hottest about 5th – 7th remove striking the parallels and genetic connections where ‘type’ goes to source.

Advice…. build cohesiveness between strains. It is imperative to capture the nature of consanguineous relationships over the generational phrases. It is magical.

Recognition is integral to hierarchal breeding.

Find the history, & enter its mystery.